Daria Alicja Ostrowska, born on August 12, 1986 in Lidzbark Warmiński. He currently lives and works in Choroszcz near Białystok- Poland. A student at the State High School of Visual Arts in Olsztyn, where she obtained a diploma in artistic ceramics. The subject of her interest, however, was painting from the very beginning, which is why she graduated from the Institute of Fine Arts in Olsztyn in this direction. A woman who has been perceived rather as a character is a constant element of her work since her studies. The woman becomes a metaphor of sadness, joy, requests – a mental emotional abbreviation. In her works, she often refers to folk motifs, fairy tales. The huge inspirations resulting from the mixed Polish-Ukrainian roots are icons for her – holy pictures where the figure is a symbol, not a body.

The symbolism plays a significant role in the artist’s works. The setting of characters, the directions in which they turn their heads and their gestures are of ritual significance. The Artist is currently cooperating with the Marchand Gallery in Białystok and ProjectArt in Warsaw, where you can see her works at cyclical collective exhibitions. She is also a participant of many group exhibitions, including those before the auctions of „Młodej Sztuki” (Galeria Stalowa- Warszawa, Galeria DNA -Wrocław, Auction House Polswiss ART -Warsaw, DESA Krakow)
The artist’s paintings are found in collections all over the country

Participant of the Art Fresh festival 2018 – art fair organized by the organization American Friends in Warsaw. 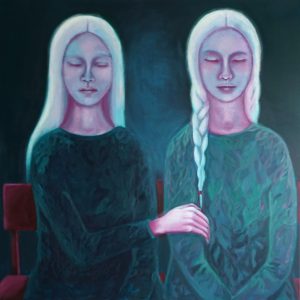 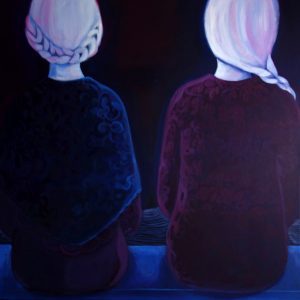 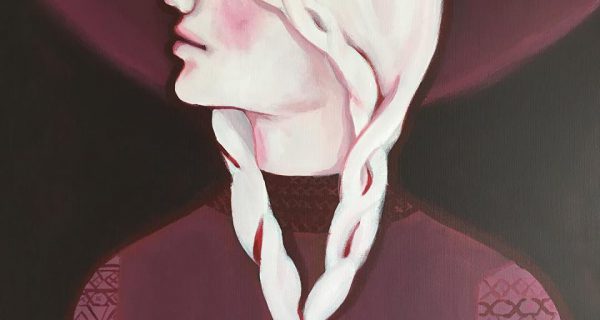 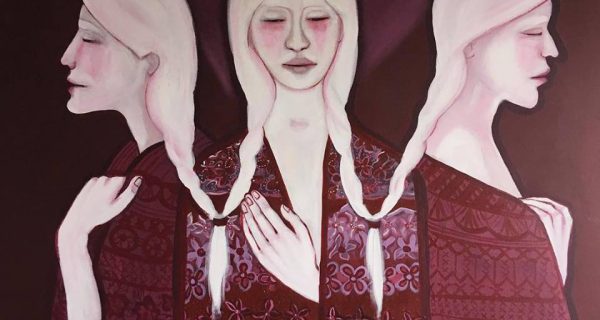